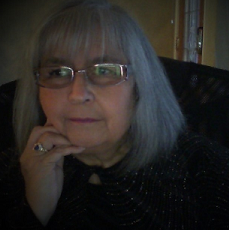 What a turbulent month June has been—an emotional roller-coaster ride of highs and lows.  June 4th my mother would have turned ninety, but Alzheimer’s disease stole her mind before taking body. Although it’s been eight years since she passed, there’s always a bittersweet remembrance of birthdays past, and a tear shed for the woman who epitomized strong women.  She was a wonderful role model and I miss her every day.

A week later, the horrifying news out of Orlando, Florida ignited a maelstrom of sorrow, the likes I haven’t felt since I lost my beloved mother.  Like most of the country, I cried for days.  I like believing most of the country grieved for the senseless loss of young lives, because if they didn’t…well, that’s not my country.   I won’t say more, although I could.  But, so much has been said, and by folks much more eloquent.

The next week my first novel, Heartache and Hope was released for publication.  These young men, Kevin Monroe and Raphael Delgado began speaking to me a year ago.  No matter that I didn’t have writing experience, I heard their voices in the shower, at night, while playing computer games or watching television.  So, I sat at my computer one day and 91,000 words later, their story was waiting to be published.  Pride Publishing has taken a chance on me, I hope you will too.

The release of Heartache and Hope is the pinnacle of my month, but hearing from Pride Publishing that they want to publish Heart and Home in October has made the ride even sweeter.

Hearing that Dreamspinner Press wanted to publish my newest manuscript, Love’s Tethered Heart was as thrilling as riding the Millennium Force at Cedar Point.  I am so eager to share the unconventional love story of Mico and Danny with you, that the January/February release date seems light years away.

This morning I checked Pride’s website, and saw that Heartache and Hope is #6 on their store’s bestseller’s list.  What an incredible ending to a tumultuous month.  Thank you for your support, and may the roller coaster in your life be filled with only highs.